Neuroplasticity and the Science of Learning

WE WOULD ALL AGREE THAT LEARNING HAS A LOT TO DO WITH OUR BRAIN, ONE IMPORTANT ORGAN THAT NOT ONLY HELPS US LEARN BUT IS ALSO RESPONSIBLE FOR MOLDING OUR PERSONALITY AS A RESULT OF THAT LEARNING.

SO, LET US LOOK AT WHAT HAPPENS IN OUR BRAIN, DURING THE PROCESS OF LEARNING.

The human brain is a 3 pound, physical organ made up of cells and tissues and resides in our head protected by our skull bone. Our brain is classically described as the Forebrain, Midbrain and the Hindbrain (picture 1) based on the position of its different parts. In the context of evolution, the hindbrain and midbrain are ancient; they are the older brains found in lower evolved species like reptiles and smaller animals. The hindbrain is responsible for the instinctive functions and the midbrain, along with limbic system is responsible for emotional responses. The forebrain is the newer brain, known as the Neocortex, which is found in higher evolved species like apes and human beings and is responsible for their intellect and reasoning. In human beings this Neocortex has further evolved and a part of it, just behind the forehead, called the prefrontal cortex is the most evolved part of the brain. This prefrontal cortex, specifically the medial prefrontal cortex is crucial for logical thinking, complex problem solving and intuitive thinking. 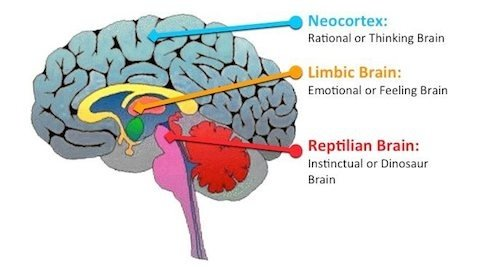 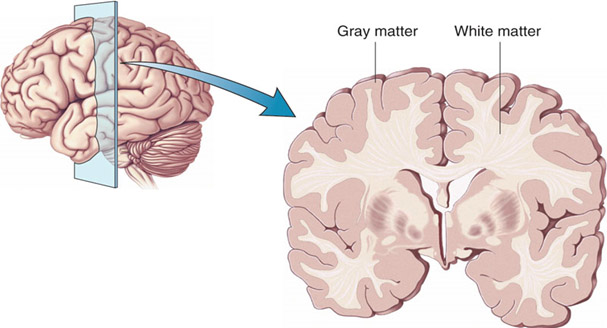 Now let’s talk about Neuroplasticity, the science behind Learning. The word Neuroplasticity stems from two words, “Neuro” meaning Neuron and “plastic” meaning something that can be changed or modified. Neuroplasticity can be defined as the brain’s ability to reorganize itself by forming new neural connections throughout life. In other words,” Rewire “itself, or make new cells, in other words “repair”. Neuroplasticity allows the neurons in the brain to compensate for injury and disease and to adjust their activities in response to new situations, to changes in their environment or any other external stimuli.

The neurons communicate with each other via electrical impulses, or chemicals which are called neurotransmitters. Two neurons are connected to each other via dendrites, this connection is called a synapse (picture 3). So, information between two cells can be transferred through electrical impulse or by release of neurotransmitters. NEURONS THAT FIRE TOGETHER, WIRE TOGETHER, is a famous quote often used in neuroscience and it simply means that by repeatedly stimulating or firing similar brain cells, their connections become stronger and they tend to wire together. This is the basis behind the quote PRACTICE MAKES PERFECT and the theory behind our basic learning process by repetition. But synaptic connections are not all of the same strength; depending on their history of activity, they can become stronger or weaker. If a connection gets weak enough it withers away. If it gets strengthened, it can sprout new connections. So, if a certain act is not practiced, the neuronal connections tend to get weaker. “IF YOU DON’T USE IT YOU LOSE IT” is the second principle of learning in terms of neuroplasticity. Earlier it was thought that this neuroplasticity is limited to children but now there is growing evidence to support that this is a continuous process and occurs throughout adulthood and old age. However, the plasticity of a developing child’s brain is more than that of an adult and hence the need to harness it in the earlier years. 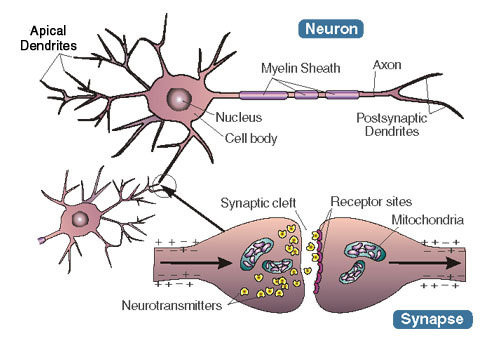 There are 3 possible ways in which neuroplasticity causes changes in our brain during the process of learning:

This also is the fundamental basis behind the use of tactile tongue devices or the auditory devises among the blind.

The primary stimulus for neuroplasticity is the state of mind of the child and the willingness to learn at the time of learning. A highly distracted mind because of physical or emotional condition, often fails to comprehend input and hence may not succeed in memorizing or using the input for any practical use. Imagine somebody in very high state of excitement. In such state, does the participant listen and observe carefully? Is it possible to learn without being keen observer and listener? Emotional state of anxiety, worry, anger often affects our ability to learn.

The human brain’s activity can be mapped by a devise called an Electroencephalogram (EEG). The EEG has a frequency range from around 0.5 hertz to 100 Hz, which is usually subdivided into 5 bands namely, gamma (39-100Hz), beta (13-38Hz), alpha (8-13Hz), theta (4-7Hz) and delta (below 4Hz). And each of these bands can be correlated with specific behavioral states. The higher frequencies like gamma and beta are dominant during normal waking and busy state of consciousness. The alpha state is dominant during dreaming, light meditation with eyes closed and is a relaxed state of our consciousness. Theta, again is related with sleep and deeper states of meditation and state of relaxation and delta, with deep sleep and very very deep meditation.

Studies have shown that our brain when in a calm and relaxed state of mind or the states that correspond to alpha or theta brainwave frequencies is better adapted at learning and there is better retention of memory. This relaxed state of brain may also be helpful in unlocking our hidden intuitive potential.

Learning is not just limited to the child’s brain and the state of mind but is also highly influenced by the learning environment.

We will explore this learning environment in detail in the next article.